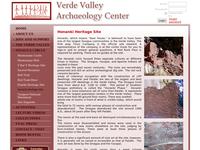 Honanki, which means bear house, is believed to have been one of the largest Sinagua communities in the Verde Valley. The Pink Jeep Tours Company is the official site steward. A representative of the company is at the visitor kiosk for you to sign-in and to answer general questions. A Red Rock Pass is required for parking. There are no guides at the site. The Honanki ruins housed three separate cultures at different times in history. The Sinagua, Yavapai, and Apache Indians all resided in these ruins over the past seven centuries. The ruins are remarkably preserved and still an active archeological dig site. The red rock canyons became areas of intensive occupation with the construction of cliff dwellings. Honanki and Palatki are two of the largest and best preserved cliff dwellings in the Verde Valley.